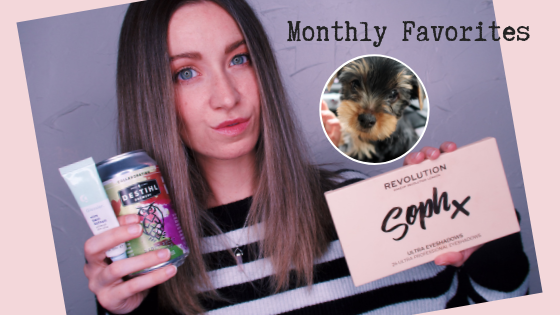 It’s been a MONTH, that’s for sure. I hope everyone had a wonderful spooky holiday! I have some favorites to share, like getting a PUPPY, a beer I’ve been loving & some new things to watch. ALSO be sure to let me know what your favorites have been this October. HERE are the things I’ve been loving more than any of the other things, my monthly favorites.

IN CASE YOU MISSED IT:

COMMENT BELOW, let me know your favorite thing about spooky season, your October monthly favorites!

i feel like everyone has a favorite coat & this is my new favorite coat
loving ur dog is a personality trait
heard it was hoodie szn, so i made him a hoodie
i have yorkies on my socks
do these shoulder pads make my shoulders look big?
heffer once asked rocko “which is funnier, bananas or cheese?” & i think about that a lot
%d bloggers like this: